Traditional gender norms can hurt our professional relationships and workplace culture more than we realise.

“Man up.” “Take it like a man.” Boys are often brought up in a cultural environment that prizes and encourages toughness, with most parents keen to ensure they grow up with more masculine traits.

According to a 2017 survey by the Association of Women for Action and Research (AWARE), nine out of 10 teenage boys in Singapore felt pressured to behave in a “manly” way.

Additionally, 97% of the respondents said they were bullied or called a ‘sissy’ when they behaved in a “girly” manner.

These negative stereotypes of what it means to be a man, form the basis of a concept called toxic masculinity, which can negatively impact both men and women at the workplace.

Research has shown that male leaders who asked for help are seen as less competent, unlike their female counterparts.

These findings are worrying for a few reasons. Imagine a male employee who is struggling with the demands of being a new father. He is likely to fear voicing this out and not ask for support when he needs it. The situation may then escalate and eventually affect his emotional and mental health.

Seeking employment help? Make an appointment to see a career coach to help with your job search.

Similarly, women can be affected by gender stereotypes.

Giving an example, Ms Joycelyn Ong, a human resources manager at creative agency Wunderman Thompson said: “Women may be perceived as less capable to hold leadership roles because they need to prioritise their caregiving duties at home over their jobs.”

“Additionally, there are expectations on how women should behave or dress up. For instance, if a man socialises at work, he is seen as networking and bringing in more business. If a woman behaves the same way, she may be seen as flirtatious.”

In today’s workplace, it is not just men who perpetuate negative male stereotypes. Women may contribute to the situation unknowingly too.

Ms Corinna Lim, executive director of AWARE, highlighted that women who tease men about being effeminate make it harder for gender norms to change.

Women may also exhibit other problematic behaviours. Like, defending men’s bad behaviours when they bully their colleagues or make condescending remarks under the pretext that it is acceptable to do so.

She suggests a few ways where we, as employees, can reduce the impact that gender stereotypes have in the workplace so that we can enjoy a fairer and more inclusive work environment. Traditional gender norms are often deeply ingrained in our society, so we may not realise it when we engage in gender stereotyping. This is why we need to actively learn about its harmful impact.

“Our words, actions and behaviours impact our colleagues. When we understand what toxic masculinity is and how it hurts others, we can change our behaviour accordingly,” Joycelyn shared.

For instance, instead of labelling others as weak when they feel overwhelmed at work, we can start recognising that such responses are natural when someone is stressed, and be more compassionate.

Reading The Guardian’s list of top 10 books on this topic may be eye-opening for those of us keen to make a positive change.  These books bring to light what behaviours are acceptable so that we do not end up straining our relationships. 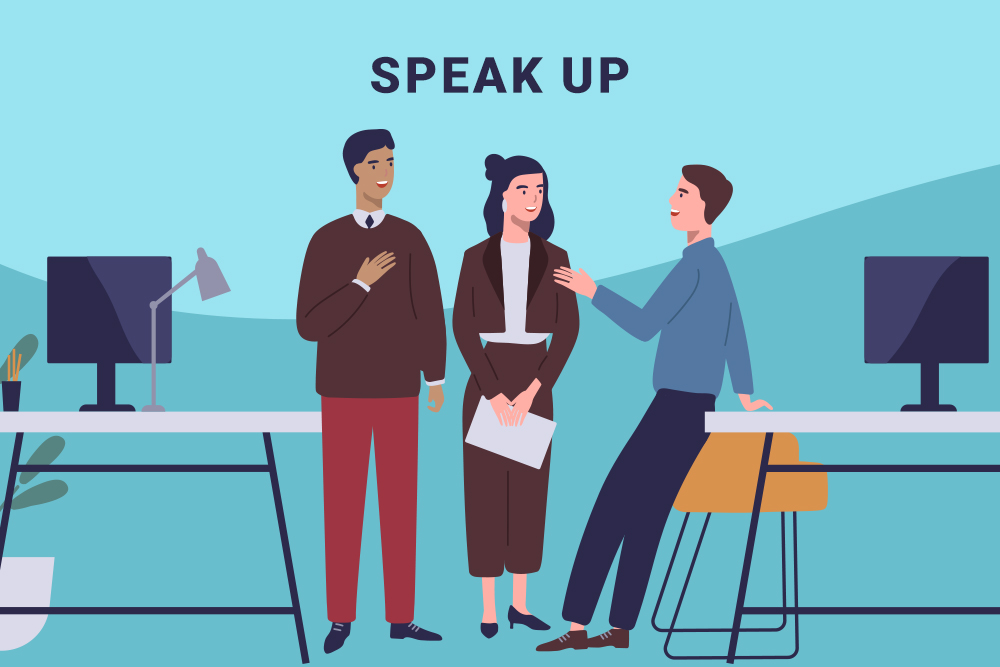 Difficult situations may get harder to change if we don’t first talk about them.

Open communication means calling out toxic behaviours and addressing them as soon as possible so that we recognise such behaviours as unfair. If necessary, it may be useful to raise the issue with our superiors. Let them know how gender stereotyping affects us emotionally and how it hinders our work performance and come up with ways to tackle the situation.

For those who have mentors, it is also helpful to find out how they deal with such issues so that we can learn from their experiences.

Want to be in the know of the latest career tips, events and workshops organised by Workforce Singapore? Sign up for our e-newsletters now! It is very easy to forget that many of us are shackled by traditional gender norms. By practising empathy, we can learn to see things from the other person’s perspective.

For instance, if we notice a new father overloaded with work, we can offer to help and not assume he can “handle it”. Or, if we see a female colleague holding back her view to allow a male colleague to make an executive decision, we could encourage her to speak up instead.

Gender stereotyping holds us back from creating a more progressive and inclusive workplace culture. It’s not just one gender’s fault — we can all be more aware, sensitive and engaged, and work together towards changing things for the better.

Looking for career guidance? If you are exploring career changes and need professional advice, let us help you. Click here to register your interest and we'll be in touch soon.
career progressionretaining employeeswork culturework environment

Importance of Open Conversations About Mental Health in the Workplace

Practical Tips on How to Build Trust at the Workplace

How Local Companies Are Shaking Up Traditional Industries With Artificial Intelligence