Are Our Biases Hurting Our Decision-Making at the Workplace?

We frequently make snap judgments about people based on attributes such as their gender, age, race and more. But these mental shortcuts may cause us to make unfair remarks and misinformed decisions at work.

“This candidate is wonderful! She is single so she can work longer hours,” said a hiring manager after conducting an interview.

Is it really true that the candidate can work longer hours just because she is single? Or is the hiring manager assuming that single individuals are willing to work longer hours? The hiring manager’s remark is an example of an unconscious bias, given there are hardly any statistics to back her assertion. Unknowingly, she presumed that a single female employee is likely to be more career-driven than an attached employee.

Also known as implicit bias, unconscious biases are mental shortcuts that prompt us to make quick decisions based on our personal experiences, background and stereotypes. Because these biases are deeply ingrained in our psyche, they are often hard to detect and could cause us to misjudge others without realising it.

Common unconscious biases in the workplace

Ms Sharon Neo, Director of Regional HR Partners at IHS Markit, a business intelligence company, shares some of the common workplace biases and why we should be concerned about them.

She begins with gender bias. “Gender bias is the tendency to be prejudiced against a particular gender”, explains Sharon. One example could be a manager who assigns time-consuming and difficult projects to a male subordinate, assuming that a female subordinate will prioritise her family over her work.

In this scenario, the manager’s decision has an impact on the female subordinate’s professional development, since the latter was automatically left out of consideration for challenging projects.

In another scenario, where a group of Generation-Z employees prefer to discuss a project together without involving a more mature co-worker, affinity bias, a tendency to form cliques and unconsciously exclude others who may not fit our profile, can set in.

“Unfortunately, in this scenario, the group risks losing valuable perspective and expertise that the colleague may be able to contribute,” she says.

Find out more about WSG’s Career Matching Services and how our professional career coaches can help you in your career journey.

Finally, she shares about the ‘horns effect’, where we judge someone based on a negative trait while ignoring their positive qualities. For instance, we may judge a colleague for gossiping about others and unconsciously regard him or her as less competent, so we treat our colleagues differently. In doing so, we have ignored the fact that our colleague may have other redeeming qualities such as being proactive and helpful to others.

Eventually, this could impact the team as a whole and slow down the project.

As employees, we all want to be treated fairly. We deserve it too. It hurts when we are unfairly labelled or treated differently because of attributes such as our age, race, gender, or even marital status. When that happens, it may inevitably affect our morale and our work performance, because we believe that we are unfairly penalised.

To help us tackle our unconscious biases, Sharon provides some useful tips. 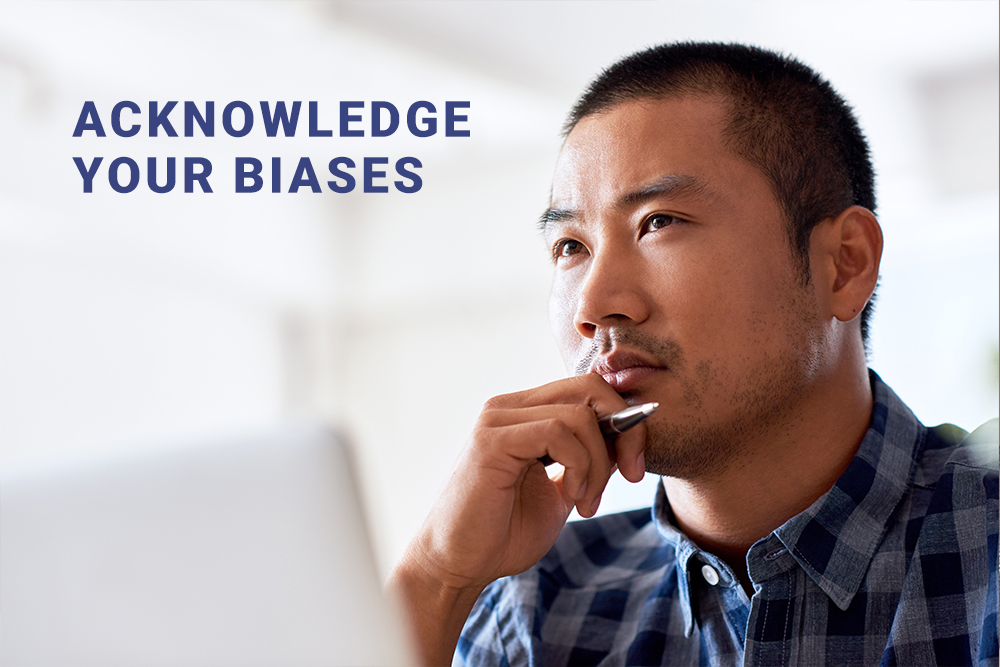 “Everyone has biases, including you,” Sharon says. But we can manage them by recognising and educating ourselves about these biases.

if you feel you aren’t guilty of holding any unconscious biases, pause for a moment and reflect – do you usually exclude colleagues of a particular background from discussions or projects?

What are the types of people that you spend most of your time with?

Are there certain groups of people that make you feel uncomfortable? Why?

This kind of self-interrogation may provide surprising insights into why we behave the way we do. And reveal the fact that we are more biased than we thought we were. Here’s an example of the horns effect at work: Your supervisor has assigned you to work with a colleague on a project. But you dislike this colleague because you find her bossy.

Your feelings towards this colleague may cause you to overlook her positive traits, such as her diligence, and treat her disagreeably. Ultimately, this could impact any projects you work on together, compromising both your positions.

In such situations, you’d be better off challenging your thinking and refraining from assumptions made on a whim.

Join us on Telegram to get more career-related tips like this, real-time updates on job vacancies, upcoming career events, and more! 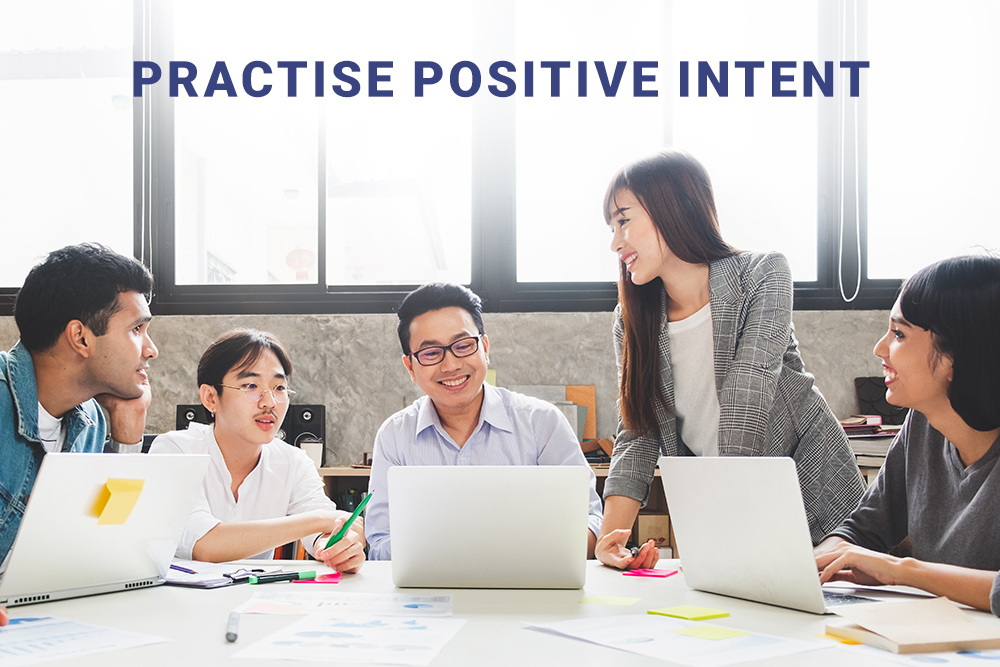 It is also helpful to practise positive intent by assuming that your colleagues are doing their best at all times.

“Practising positive intent helps you refrain from judgment based on your pre-existing biases,” Sharon shared.

For example, a female employee is biased against male colleagues and thinks that they are more careless. When she encounters a mistake made by a male colleague in the future, she could choose to practise positive intent and see the mistake as an exception, rather than the norm. And assume, instead, that her colleagues are doing the best that they can, within a short timeline.

Changing our unconscious biases requires time and effort. After all, it is not easy to change deeply entrenched beliefs. Given that most of us spend the bulk of our waking hours at work, it is worthwhile to stamp out unconscious biases to create a fairer environment for everyone.

Looking for career guidance? If you are exploring career changes and need professional advice, let us help you. Click here to register your interest and we'll be in touch soon.

Meeting in the Middle: How Singapore Employees and Employers Need to Understand Each Other in a Post-Pandemic Economy

Just Graduated and Planning Your Career? Time to Upskill!

Is Having No Job Better Than a Bad First Job?

Mid-Life Career Changes: What to Expect and How to Pivot

Knowledge Sharing: How and Why Guiding Younger Colleagues Benefits Your Career

Home / Are Our Biases Hurting Our Decision-Making at the Workplace?