After a Career Break: Tips to Return to the Workforce

Preparing to enter the workforce after a career break? Here’s some tips to help you succeed.

Rejoining the workforce after years of being a homemaker has its unique challenges.

First, there are the biases employers have against returning mums. Those who’ve taken a break are seen as less reliable, deserving, and committed to work.

As such, they are half as likely to get an interview as someone who has been working but is unemployed for other reasons. Mother-of-3 and award-winning author Ms. Pauline Loh knows this bias all too well. She found it hard to gain employers’ trust despite having published several books in the nine years she was in and out of the workforce.

“I couldn’t get a permanent role and the wages did not reflect my experience as a freelancer. It was like starting at the lowest rung,” she reflects.

Then, there’s the problem of being — or feeling — out-of-touch.

Find out more about WSG’s Career Matching Services and how our Careers Connect officers can help you in your career journey.

For product manager and mother-of-two Ms. Jackie Chng, she worried about keeping up with the change in pace after her seven-year break.

“Will I be able to cope with everything going digital? Can I take the long hours, stressful lifestyle? All these things crossed my mind.” 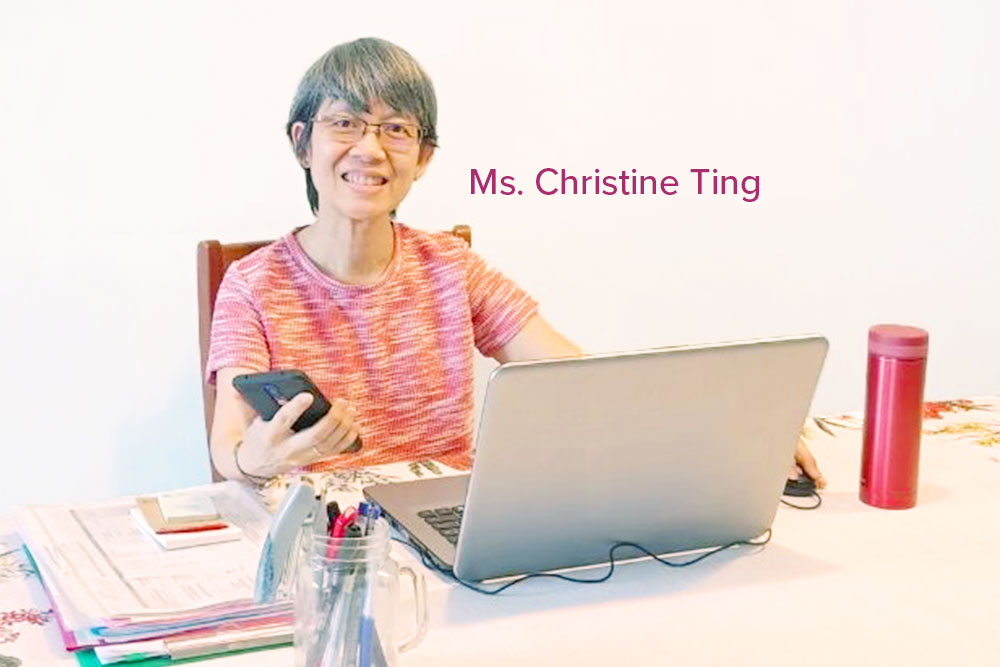 Similarly, Ms. Christine Ting, a mother-of-three who was out for 13 years and currently works in a non-profit organisation, experienced her share of uncertainty and inertia.

“You’ve built an empire at home. But you go out and that’s not how people see you,” she laughs. “At home, you control the pace. In the working world, it’s fast.”

But while these mums testify to the challenges of re-entering the workforce, our chat with them has revealed one crucial truth: there are ways to kick-start your career post-break. Here’s how:

For starters, they made sure to stay in touch with people. It doesn’t mean attending every networking session available but simply recognising the potential in connections everywhere.

Christine came by her corporate communications role through one of the mothers from her daughter’s school. “Just make friends with anyone and be genuine about it,” advises Christine, who secured the role after countless cold calls and resumes sent.

For Jackie, that principle applied to people she already knew.

“Opportunities will come when you stay in touch with friends or ex-colleagues,” she revealed, as she clinched two contract jobs via ex-colleagues.

Pauline was a little more strategic in her approach, recognising the potential of support groups. “I joined writer support groups and networked with publishers.

This came in handy during interviews,” chuckles Pauline, who confessed to leveraging these connections to her advantage.

Read Also: Awkward About Networking? Here’s How You Can Build Meaningful Relationships Online

Let’s be honest, a career break is anything but a break. “You’re the Minister of Finance and Home Affairs at home,” jokes Pauline, explaining how managing the household forces you to take on a whole new set of skills.

In fact, studies show that motherhood makes for more productive professionals, and those with kids often outperform those without.

Furthermore, even in your time away, you’re never truly taking time off. Perhaps you’ve taken up private tuition like Christine or freelance writing like Pauline.

These ‘extras’ can play to your advantage in your interviews and resume.

For Christine, maybe it’s demonstrating her expertise in a particular subject or an aptitude for communication. In Pauline’s case,  she proved that her break didn’t diminish her craft.

These ‘side gigs’ help to demonstrate your transferable skills and continued relevance despite your break.

“It also does wonders for your self-esteem,” adds Christine, who began teaching and writing as a means to develop herself.

While you’d probably hope to secure a full-time position that credits you for your years of experience—even the ones you spent away, the reality is that compromises will have to be made.

Jackie was clear about that even prior to her break.

“I cannot expect to be equal to my peers in terms of pay and rank. I had to be prepared to report to someone who’s my junior,” she says.

Even Pauline, who wrote actively in her time away, only ever secured contract positions.

She eventually took the leap into teaching. “Even though I had to make a total switch, I’m just glad I could still get a job,” she says.

Realistically, that’s the mindset that could prove most beneficial for returning mums. Be flexible in your expectations. Consider part-time or contract roles for a start.

Singapore is shifting away from traditional models of employment and businesses are opening up for more part-time, short-term contracts. So, lean into that trend. Then, once you’re in, work your way up.

A career gap does not have to be career suicide. By broadening your circles, marketing yourself well, and hunting strategically, you’ll be able to work your way back into a job.

But to find one you think you’re deserving of? All 3 mothers have this to share: keep at it.

If you can’t get something in your industry of choice, branch out. I learnt to bake so even if the job search didn’t work, I could develop my home bakery,” says Christine.

“Be clear of what you want and go for it,” Jackie adds, “And I told myself if it doesn’t work out, it’s ok! Just accept it isn’t the right time, place, and fit.”

Even Pauline, the literary veteran, has had to dig deep at times. “When I finally decided to switch industries, I felt like a rookie—at the age of 49!

But I just had to eat a slice of humble pie. And keep at it. Keep going for interviews and stick at that new job. For a week, a month, a year,” she urges.

The road towards a career relaunch may seem intimidating.

But the simple truth is that you are needed in the workplace. And what you bring to it as a mother and a woman is more valuable than you know.

Jobseekers: The Value of Temporary Jobs and Where to Find Them

Working Mums: 3 Mothers Share How and Why They Return to Work

Home / After a Career Break: Tips to Return to the Workforce